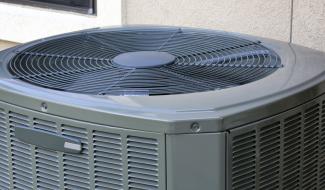 Did you know that appliances like air-conditioning units and sump pumps consume four to eight times more power during startup than during normal operation? This isn’t a big deal when the grid is working, but it’s a completely different story when running on battery backup.

This may not be the end of the world if you just want to keep your ice cream frozen, but imagine if your family needs the air conditioner to stay cool in the middle of summer, or you need a sump pump to keep the basement from flooding during a severe storm. Without a way to start these kinds of appliances, you will never really be energy independent.

This inability to handle power-hungry appliances has been a challenge for battery storage systems for years… until now.

Enphase all-in-one storage systems include Power Start™, a breakthrough new technology that instantly detects when a power-hungry appliance is trying to start and automatically throttles the power consumed by the appliance. By spreading the same energy over a fraction of a second, the appliance can start safely and reliably, every time.

Note: Proper load sizing for power and starting power is needed for good system function. Power Start helps for loads that are within continuous power rating of the backup system rating.

Why does surge current matter?

Surge current refers to a short-term spike in power demand from a particular appliance to get it started. Have you ever had to jump start your car to get it going again? That temporary jolt from another car is needed to get the motor turning. Something similar happens for high load appliances in your home when they are turned on.

The Enphase all-in-one system, with IQ™ storage units, provide the grid-forming functionality needed to keep your home running during a grid outage, including these high load appliances. For example, an IQ 10 storage unit has a continuous power rating of 3.84 kilowatts and a surge power rating of 5.76 kilowatts for 10 seconds. In other words, this is 24 amps of current for 10 seconds – a 50 percent increase!

Translation: Do more in off-grid mode

What this means is that the Enphase all-in-one system has the unique capability of providing surge current to match your needs, whether that is a refrigerator, sump pump, HVAC unit, or any other device that you deem critical.

The table below summarizes common surge current demands across a variety of devices and the number of IQ units required to accommodate them during off-grid mode. You can even add a Hyper Engineering SureStart “soft starter” to reduce surge current needs and further extend IQ’s ability to power critical loads. Enphase also offers these parts as accessories for IQ energy storage system, the corresponding part numbers are also mentioned in the table below.

Note that the number of required IQ units may be different depending on the make, model, and age of the A/C units. The numbers below are based on limited tests on certain make and models of A/C units available in the market.

While our utility companies may be reliable most of the time, grid outages still occur, and they can be costly for homeowners. Enphase Power Start™ technology is another layer of defense to ensure that your all-in-one smart home energy system pulls all the stops to prevent you from experiencing the worst – whether that be a flooded basement, extreme temperatures, or simply melted ice cream.

Get Power Start™  today Click here to design your own Enphase solar and storage system with Power Start™ technology. Or, if you're a techie, you can read all the details about Power Start™ in our technical brief.
Questions? Contact us. We'll help you build your system, today.
Get Enphase