Raghu Belur of Enphase: ‘Solar energy is the hero of the energy transition, the smart inverter is the heart’ 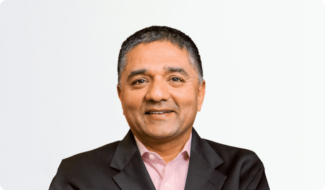 Enphase develops and manufactures the world’s most efficient and intelligent inverters for solar panels and battery storage systems. Founder and Chief Products Officer Raghu Belur is driven by a clear vision. ‘With the energy transition, we are reviewing our entire energy system. Solar energy is the hero, but the intelligent inverter is the heart. Our software-based energy solutions for households and businesses not only facilitate the optimization of the generation of solar power, but also its distribution. In doing so, we make an important contribution to creating a better world, and it’s also a good business.’

Enphase started in 2006 as a pioneer in microinverters. The technological principle of the company from California in the United States is based on converting, managing and monitoring the generation of power per solar panel. This has several advantages over old-fashioned string inverters. For instance, it results in a more efficient solar energy system and it greatly benefits the safety of PV installations because the generated direct current (DC) is directly converted into alternating current (AC),

Over the years, Enphase shipped more than 39 million microinverters worldwide. The current installed base has a value of 1.9 billion US dollars. The company has the largest market capitalization in its métier. This makes it the market leader in microinverters. Enphase owes its success mainly to its innovative power; adding more and more computing power, intelligence and functionality to its technology. Meanwhile, it also brings an AC home battery and charging technology to the market. In doing so, Enphase broadens and deepens its activities, first of all because it wants to be a driving force in the transition from a fossil to a renewable energy system.

‘The energy transition is accompanied by enormous and rapid electrification, partly due to the rise of the electric car,’ says Belur. ‘The average energy consumption of a Dutch household is 2,760 kilowatt hours per year, in Flanders it is even higher. If you buy an electric car, it will soon double. And I’m not even talking about buying a second electric car and making your heat supply more sustainable with the help of a heat pump. The question is where all the required sustainable energy should come from, but especially how to serve the needs of such households in a smart, feasible and affordable way.’

Large solar and wind farms are needed, now and in the future, Belur indicates. But in this regard he also sees a lot of objections and challenges, for example from the point of view of distribution and costs. If we want to continue to get green electricity to the users as the energy transition progresses, for example, huge investments and interventions are needed in the grid infrastructure.

Belur: ‘Europe is going to accelerate the transition to a sustainable energy system, and the invasion of Russia in Ukraine has further fueled that fire. I was recently in Germany and was captivated by the passion and ambition regarding the large-scale roll-out of solar energy. However, I did not hear any concrete ideas about how the growing demand for power is going to be serviced. Germany is not unique in this. And as far as the Netherlands is concerned, it already has a serious grid capacity problem. That is a potential killer of the energy transition. In particular, making the built environment more sustainable is the major challenge for the future. This cannot be achieved without using a mix of all kinds of sustainable resources, also to make it through the winter. Relying heavily on demand response – matching the demand for power to the supply – is also inevitable.’

Belur emphasizes that the massive installation of solar panels on homes has a huge positive network effect. This is especially true if this involves storing electricity locally and intelligently and automatically managing the energy flow of the household. The next step is to do this at neighborhood level by creating a virtual power plant. That is precisely what Enhase makes possible with its latest generation of IQ8 microinverters. These were first shipped in the United States last year and are already integrated into the AC home battery that the company also sells in Europe. This year, the IQ8 PV microinverters will become available in Europe.

‘With this technology, it is also possible to create a microgrid and thus temporarily continue to supply your power autonomously in the event of problems with the power grid or to relieve that grid,’ says Belur. ‘In America, all this is already happening by households like my own who use the latest Enphase architecture. So it is not a story of the future but today. In this light, it is good to see that the home battery is breaking through in more and more places in Europe, for example in Flanders. The same applies to the electric car, not only as a device that requires energy, but can also supply energy back. Bidirectional charging will become mainstream within a few years. This adds a completely new and necessary dimension to the energy transition.’

Solar panels, the home battery, the electric car and the power grid. These are the elements with which you have to make due to create a sustainable residential energy system, according to Belur. ‘Solar energy is the hero of the energy transition, the smart inverter is the heart’, he says in this context. In doing so, he also indicates the future that Enphase stands for. Innovation in hardware is nice, but the company has essentially always been a software company. The trick is in creating an intelligent system that can regulate the entire energy system; increasing energy yield and self-consumption while optimizing economic yield.

Belur: ‘You then have to continuously send all electrons to where they have the most value; your battery, electrical devices and the power grid. This requires the collection and processing of large amounts of data, for example with regard to the performance of components, weather forecasts, electricity tariffs and the behavior of people within a household. Smart self-learning algorithms then have to make decisions within milliseconds to maximize the efficiency of the system. Our roadmap is aimed at optimizing this technology and continuing to show the way. We do this, among other things, by further developing our architecture, software-based devices and building custom chips.’

‘Special and exciting times.’ This is how Belur describes the current times for Enphase. The sector is maturing. The solar energy market no longer stands alone, it is a real energy market that determines the creation of a totally new energy system. ‘I truly believe that Enphase’s vision and technology contributes to creating a better world. At the same time, it’s just good business. Our company now has about 2,250 people, the annual turnover is about 1.4 billion US dollars. We do R&D in countries such as the United States, Canada and New Zealand. We have production sites in Mexico, India and China. Our sales are growing on all fronts, including in Europe. We see Germany, the Netherlands and Belgium as spearhead markets to roll out our technology widely, together with the distributors and installers we work with.’