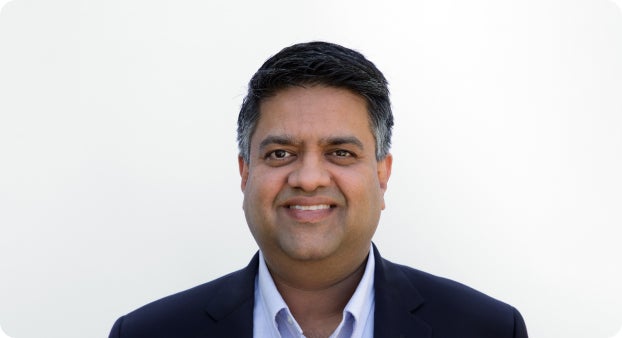 Badri Kothandaraman joined Enphase in April 2017 as Chief Operating Officer and in September 2017 was appointed President and CEO.

He brings to Enphase more than 21 years of product development and general management experience in the semiconductor industry. Kothandaraman began his career with Cypress Semiconductor in 1995 and worked in process technology development and chip design before becoming Vice President of the Asynchronous SRAM Business in 2008. From 2008 to 2011, Kothandaraman was responsible for the Non-Volatile, Dual-Port, Timing and Automotive Businesses in Cypress’s Memory Products Division. He was promoted to Executive Vice President of Cypress’s Data Communications Division in 2011 and spent the next five years building the USB 3.0, USB-C and the Internet of Things businesses. Badri Kothandaraman also served as the Executive Director of Cypress Semiconductor Technology India Private Limited from 2012 to 2016.

Kothandaraman was awarded his B.Tech degree from IIT Madras and his M.S. degree in Materials Science from U.C. Berkeley. He also completed the Stanford Executive Program in 2008 and holds eight US patents.