NOTE: Sunlight should only be used for the essential loads in the home. Using the solution to backup the entire home will lead to poor experience and is not supported by Enphase.

The system consists of IQ8 Series Microinverters, IQ System Controller 2, IQ Combiner 4C, Up to 2 IQ Load Controller and other accessories as needed. 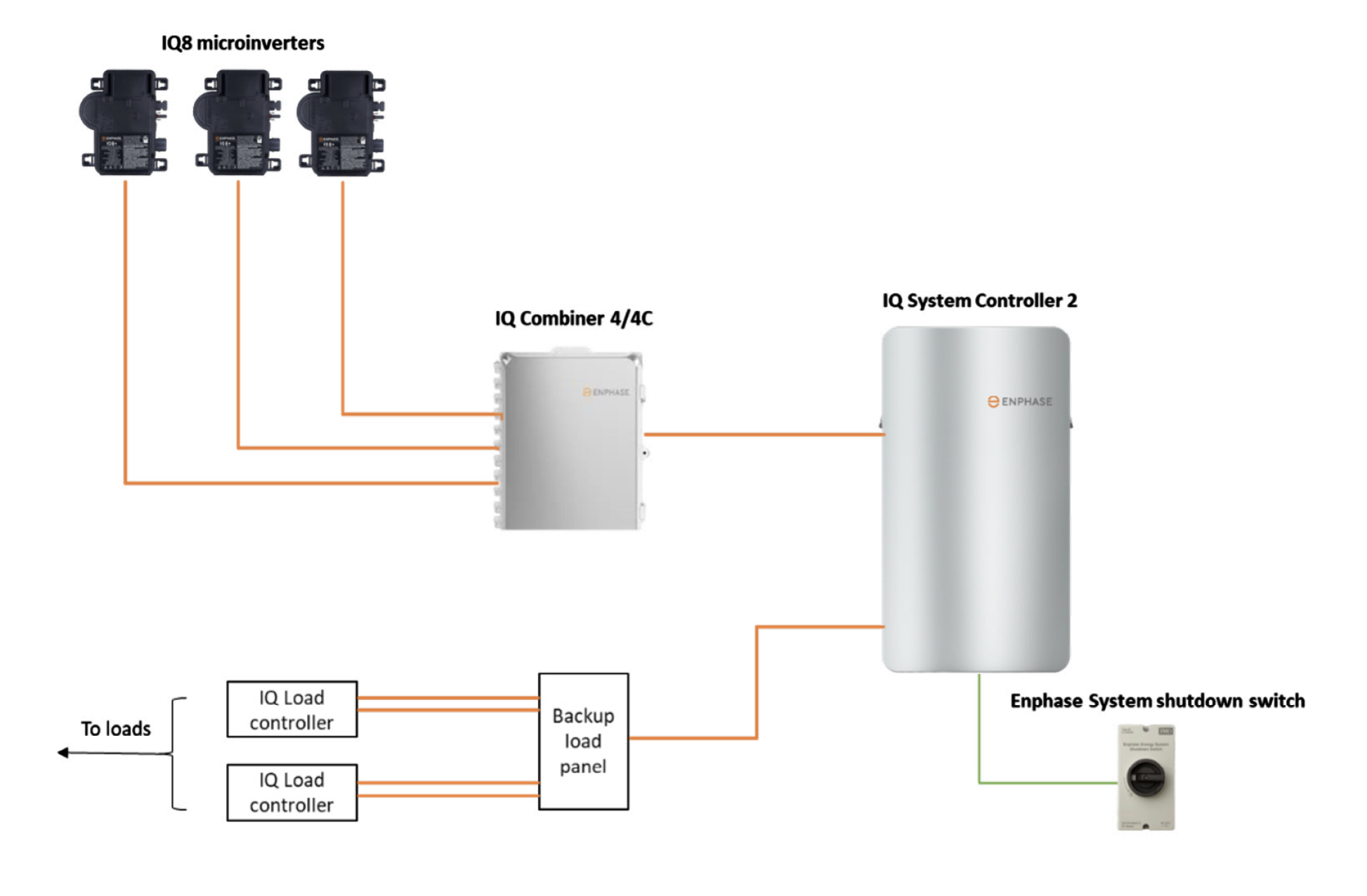 3. Ensure that your Wi-Fi router and modem have the highest priority amongst the essential load circuits. Your installer will do this by following the guidance provided in the Sunlight backup guide for installers and system designers.

4. When the system is running off-grid, avoid connecting other loads to the electrical outlets on the same circuit as the Wi-Fi router and modem.

You can configure the modes for all loads controlled by the system in the Enphase App under Menu->Settings->Load control->”Load_Name”.

NOTE: Enphase App and IQ Gateway do not support Load control configuration without an internet connection.

Power produced in a Sunlight backup system depends on the solar irradiance at your location, which can vary depending on cloud cover, shading on the PV panels, time of the year and other factors. While running off-grid, the system may shutdown if the power produced is less than what is needed to power the loads. To prevent a system shutdown, work with your installer and ensure that the system follows the guidance on load selection provided in the section above.

Consider a system with the following loads:

The table below shows a timeline from system shutdown until the point when all loads are powered back on. Note that this table assumes all loads can be successfully powered on the first try, post system restart. The sequence below will repeat if there are successive failures. If any load causes up to five system shutdowns that load will be skipped, and the 22 seconds delay associated with that load will also be skipped during the next system restart.