The Federal Solar Tax Credit in 2022 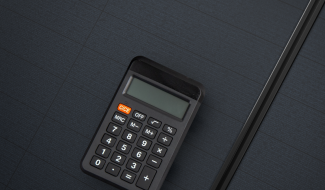 For homeowners and business owners going solar in 2022, there are a variety of solar incentives available from the federal government, state agencies, and local governments to help reduce the upfront cost. One of the most significant ones is the Federal Solar Investment Tax Credit that has contributed to solar growth for over a decade.

Known to industry professionals simply as the “Solar ITC”, this incentive is a direct dollar-for-dollar tax credit from the U.S. government that is designed to drive down the cost of installing solar projects on residential and commercial properties. The Solar ITC allows solar customers to claim a one-time tax credit if they finance their solar photovoltaic (PV) systems with cash or loans.

The good news is that the solar ITC also benefits households and businesses that do not purchase a home solar system outright. Because it can apply to any system owner, including project financiers, it also translates to benefits for customers that enter a solar lease agreement or a solar power purchase agreement (PPA) framework.

How does the federal solar investment tax credit work?

The solar ITC in 2022 offers system owners a tax credit worth 26% of the total solar installation cost, including all parts and labor. So, if you purchased a solar system that cost $10,000, you would qualify for a $2,600 credit that you could apply to your next IRS bill. In effect, your solar installation would end up costing only $7,400 (or 26% off the original price). System owners would simply include IRS form 5695 in their next annual tax filing.

However, the ITC has undergone significant changes in the past few years, with even bigger ones on the horizon. And if you are thinking about going solar, it is important you understand the impact of these developments because the amount of the tax credit is expected to decrease over time.

What is different about the solar ITC in 2022?

Incentives exist to help jumpstart new industries and encourage widespread adoption, and the solar ITC has accomplished precisely that for the solar sector. According to the Solar Energy Industries Association (SEIA), the federal solar tax credit helped the industry grow more than 10,000% since 2006 – with an estimated 50% annual growth in the past decade alone.

As solar becomes more and more mainstream, some argue that the industry has less need for incentives like the ITC. Thanks to continued cost improvements over time, a home solar system is increasingly within the financial reach of homeowners across the country. These price drops have helped make going solar more affordable, which has allowed those with modest budgets to save on their utility bills and reduce their environmental impact.

What if I lease or enter into a power purchase agreement (PPA)?

Many customers enter into solar lease agreements or power purchase agreements with solar financing companies. These frameworks allow customers to reap the benefits of solar energy without the upfront cost. Instead, a household or business would enter a pay-as-you-go framework.

Under a lease agreement, solar customers typically pay a flat monthly fee to the solar company. In return, the customer receives electricity from the home solar system that still offsets the monthly electricity bill to the local utility company and results in a net savings for the customer. The solar company maintains ownership of the system in this model and reaps the direct benefit of the solar ITC. This benefit is then passed on to the customer through a lower monthly lease rate.

A power purchase agreement (PPA) framework is like a lease except the solar customer pays for each kilowatt-hour of electricity produced from the solar energy system at a predetermined rate. Instead of a fixed monthly lease rate, the monthly payment would fluctuate based on the amount of production the system produces. Just like a lease agreement, the solar company maintains ownership of the system and reaps the benefit of the solar ITC. This benefit is then passed on to the customer through a lower cost per kilowatt-hour.

The importance of moving quickly

If you’ve considered adding a new solar energy system to your home, you may be tempted to put off your investment to take advantage of even lower prices in the future. Tomorrow’s solar panels may be cheaper than they are today, however, those savings may be directly offset by the reduction in generous solar incentives like the solar ITC.

Through the end of 2022, it is still possible to knock 26% off the total installation price if you move quickly enough. But if you wait too long, you risk paying full price for a system that the government is willing to subsidize today.

If you are considering going solar, Enphase can help you think through your home energy goals and connect you to a certified installer to help you design a system to your exact specifications.

Get started with Enphase
Questions? Contact us. We'll help you build your system, today.
Get Enphase